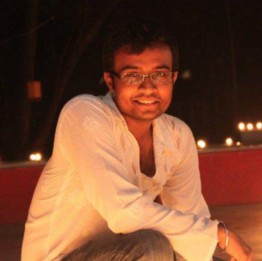 Two of the undeniable truths about marketing are:

However, the value of retaining the loyalties of existing customers being known, there seems to be a decline in the effectiveness but not the interest of customers in loyalty programs around the world.

This contradicting story told by data between rising enrolment and dropping engagement with loyalty programs is called “Enrolment cliff” which refers to the lack of supply in a market of good demand.

To solve this problem let’s first understand the fundamentals of brand loyalty through the 4D loyalty framework. It looks like there are only two currencies for loyalty

If we carefully analyze most of the point-based, coupon-based, wallet-based loyalty programs are focused on attracting loyalties by incentivizing only transactionally. The few outlier programs are the ones that have mastered the right balance between emotional and transactional aspects of loyalty.

The major reason that loyalty can’t be guaranteed just by incentivizing the rewards is that we humans are emotional beings and ultimately seek emotional rewards. Until the program is driving some behavior change in the users or they are getting emotionally attached to the system, it can’t be termed effective.

The basic principle behind any Emotional Reward System is — Rewards, Recognition, and Relevance.

Recognition: The ideas and actions that make the customers feel welcomed and at ease with the brand.

Relevance: Based on the persona of the customer the relevant experience provided to them by the brand is what ultimately builds true loyalty.

Instilling a sense of freedom, confidence, and community in the reward system makes the customers keep coming back. From an economic point of view retaining old customers is cheaper than acquiring new customers. Only when customers feel connected to the brand or only when the brand actually instills some values in their lives will they come back or become loyal. Hence Emotional Reward Systems are a good concept to implement here.

Ultimately the goal of any product, app, and business are to form a loyal user base who don’t just use the services for the sake of it but use it because it adds value in their life and enhances the quality of it. So, how is your loyalty program designed??

Excited to share a great announcement as we complete 9 years of our journey as f1Studioz. Along with my cofounder Dhayan and the whole f1Studioz team,